bchainbastards in Project Revelation • 2 years ago Claims of manipulation by JP Morgan were noticed by many in the early 2010s. It was considered a conspiracy theory. The following is an excerpt from an interview by Blythe Masters, head of JPM’s Commodity Trading Desk.

JP Morgan’s manipulation of the silver market truly began when they acquired Bear Stearns in the aftermath of the 2008 financial crisis. Bear Stearns’ had a large silver short position, which was also transferred over to JPM.

CFTC Commissioner at the time, Bart Chilton, has stated that not only was JPM’s silver short position was so large it was actually illegal. The CFTC gave them time to get under the limits, instead JPM had increased the short position.

While JPM eventually got under the mandated limits it was in the midst of an aggressive physical accumulation phase that turned them into the largest silver hoarder in humanities history. 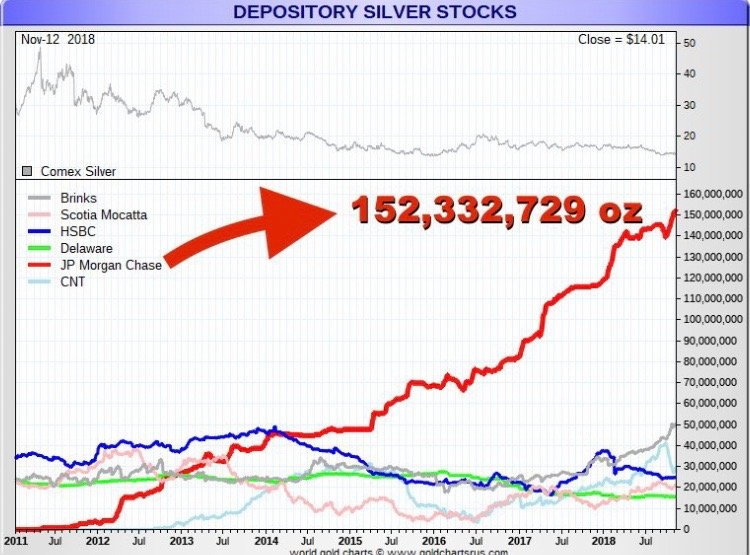 So to be clear, JPM had an illegally large silver position, in the form of derivative instruments, not the real metal. While holding this position they used it to drive the price down in the form of naked shorting.

All the while JP Morgan was accumulating the physical silver while they were artificially depressing the price in the paper market. This level of criminality makes Bernie Madoff look like a common thief.

JPM was fined $920 million late in 2020 for their manipulation of the precious metals market in the form of spoofing. Spoofing is the act of placing a trade in the futures market with no intention of ever executing it. These proposed trades were used to influence the market and HFT (high frequency trading) algos into manipulating the price in a certain direction.

The case against JPM was originally brought by Daniel Shak and two other traders in 2010 and 2011. The original case was dismissed, then appealed and gained steam when a separate criminal case involving JPM and spoofing brought a guilty plea by precious metals trader John Edmonds.

Edmonds stated that he learned the techniques from his superiors and employed it hundreds of times with their knowledge and consent.

The JPM metals trading d so was treated as a criminal organization under the RICO (Racketeer Influenced Criminal Organization) Act, normally reserved for mafia and organized crime. The spoofing tactic to manipulate the market under Nowak’s direction was employed more than 50,000 (!!!!!) times over a decade. 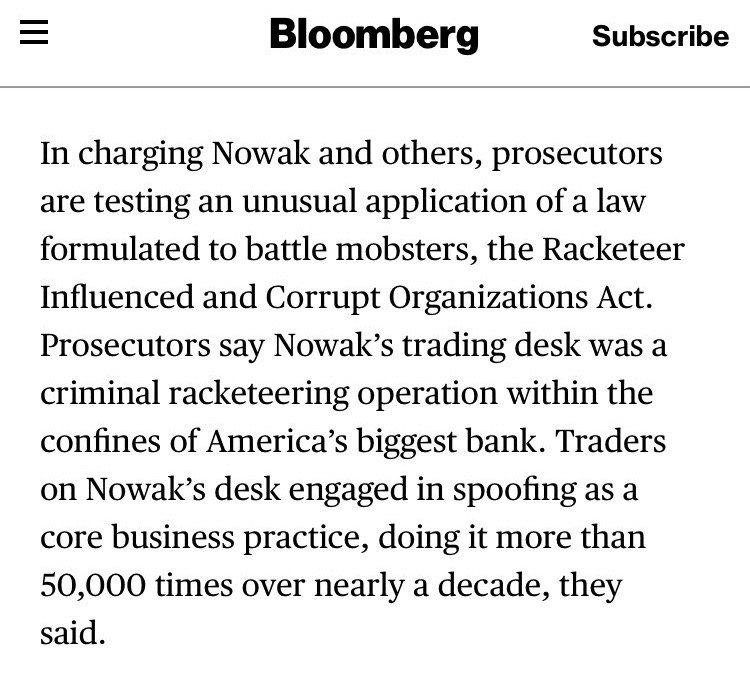 But it gets even better. David Meister, former head of Enforcement at the CFTC, the person responsible for catching and holding these types of illegal activities to account, oversaw and ended the investigation into silver manipulation back in 2013. Shortly after ending the probe into silver manipulation at the CFTC, Meister resigned. 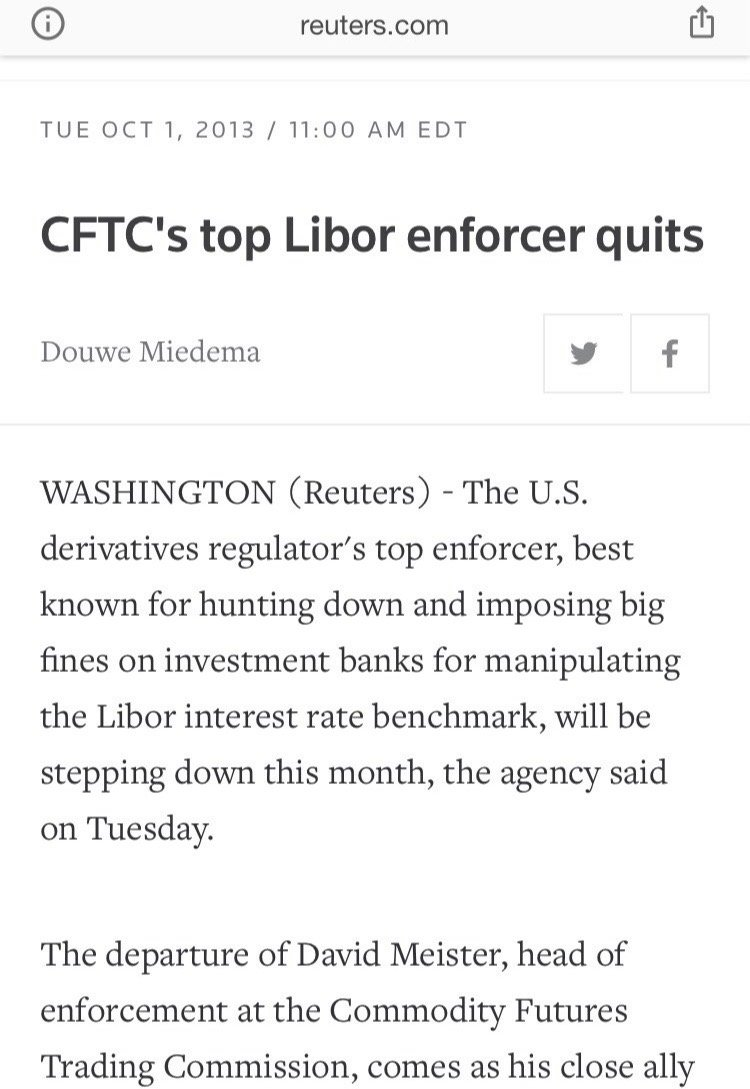 Meister then returned to his previous law firm, Washington DC based Skadden. This case is the perfect representation of the incestuous relationship between the criminals on Wall Street and the limp wristed law enforcers of Washington DC.

The $920 million fine levied on JP Morgan is but a fraction of the real profit they gained in their market manipulation. It also does nothing to return the unfair losses to the average retail investor who got swindled in JP Morgan’s rigged casino. 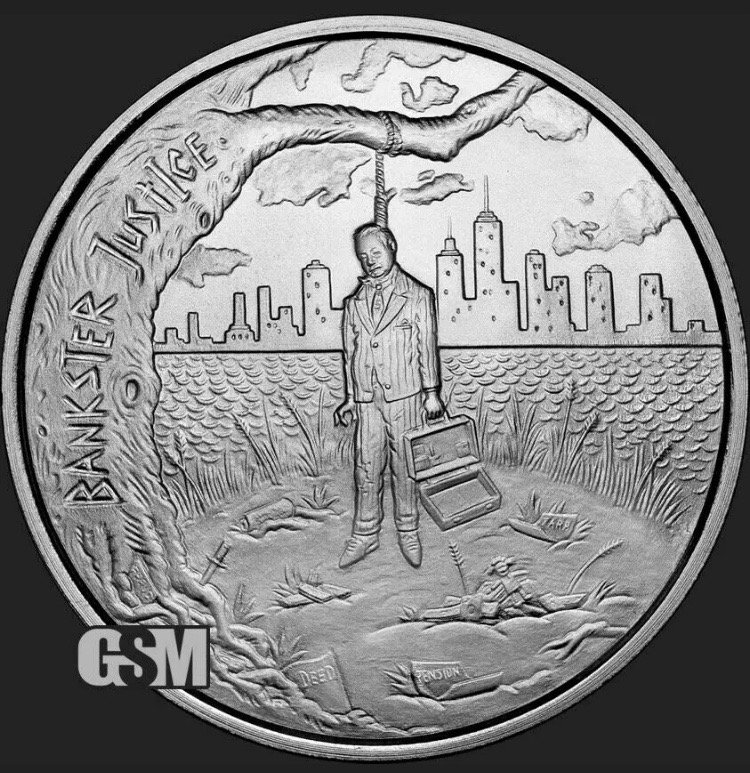 Silver has always been heavily manipulated but I don't get the point of the short squeeze if JP holds a shit ton of the physical metal.

Don't mind the autovote, just checking if my vote is still valueless or not QQ

Well this is frustrating.....

I remember you from the early days of https://D.Buzz

Hey guys how can I get whitelisted here? I am staked and HODL. Come on, let me in! I know you get to see these :)

Get whitelisted for what?

Nevermind, the issue has been resolved.